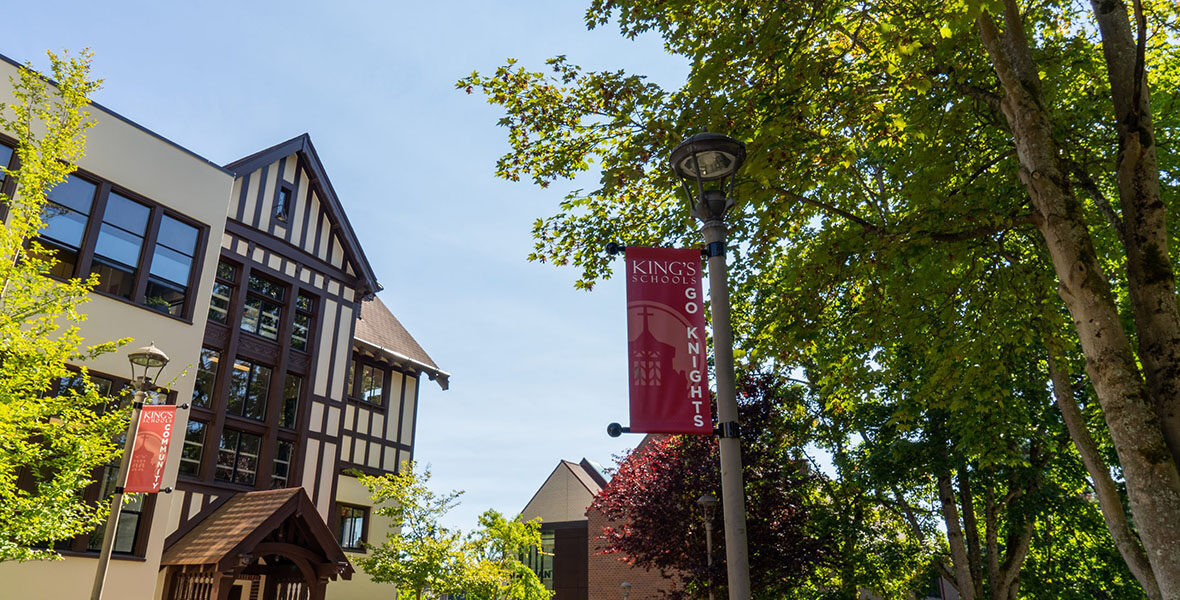 The junior high and high schools at King’s Schools recently competed with each other to see who could bring in the most non-perishable food during the school’s annual Munch Madness food drive. In total, the kids donated 8,500 pounds of food to Edmonds Food Bank. A representative from the food bank said it is the most food a group has ever brought in at one time.

Classes were put in brackets and participated in rounds of giving, leading to a championship round. Mrs. Hostetler’s second block Freshman class of 20, plus one senior teaching assistant, won with a combined total of 2552 cans of food.

“For the final round, students brought money and we walked down to QFC where I took photos,” Mrs. Hostetler said. “I had one kid standing with me at the checkout saying, ‘Wow Mrs. H!  Think of how many people we’re going to help feed through this!’ It was thrilling!”

The winning class was awarded lunch from Panda Express. Nancy White, secretary and registrar at King’s High School said, “It was a really nice treat. Mrs. Hostetler’s class deserved it. Those little ninth graders brought in SO much food!”